Sydney was diagnosed with T-cell Acute Lymphoblastic Leukemia on Monday, July 30, 2018. Throughout the summer prior to his diagnosis, Sydney was involved in a weekly taekwondo summer camp. He loves taekwondo and did exceptionally well, going from no experience to receiving his high yellow belt in only about 6 weeks. He tested for his high yellow belt on the Friday before his diagnosis.

Over that weekend, Sydney mentioned a few times about his stomach hurting and that his glands in his neck felt swollen. He also seemed to be more tired than typical. He went to Carowinds for a couple of hours on Sunday and almost collapsed from exhaustion. It was evident that something was not right.

Sydney was taken to a pediatrician on that Monday to have his ears checked out. They ended up taking a blood sample because apparently mono was going around. After a few minutes, the doctor returned and said that they suspected a malignancy and were told to immediately go to Hemby Children’s Hospital at Novant Health Presbyterian Medical Center where they would be waiting.

Sydney spent two days at Hemby until they could med flight him with his father to St. Jude to get his treatment started immediately. Once his treatment began, Sydney and his parents stayed for about 14 weeks until returning home just after Thanksgiving. He has continued chemotherapy at either the St. Jude Affiliate Clinic in Charlotte, NC or at St. Jude in Memphis, TN since. Sydney will continue to receive chemotherapy treatment for the duration of his protocol through April of 2021. It is a long challenging road, but with all of the prayers of love and support, Sydney, our warrior, WILL WIN! 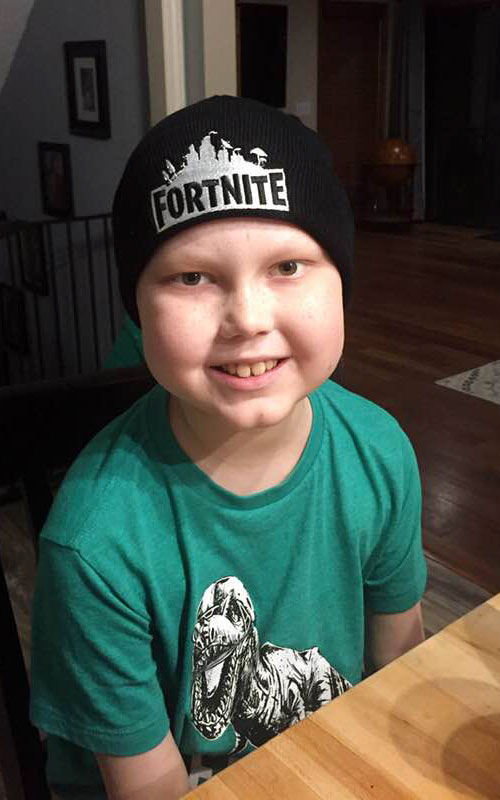 Support the cause and change the course of Sydney's life today!